Concert in Our Lady of Lourdes Church

We were treated to a dazzling performance in the beautiful Catholic church at Hungerford. Christopher Burrows a well-known local pianist played a mixed programme of classical music including works by Liszt ,Mendelssohn, Haydn and Mozart.
The event was a sell-out and included wine and canapé's .
Altogether we raised just over £700 from ticket sales and donations etc. Many thanks to everyone who helped to make the evening such a success 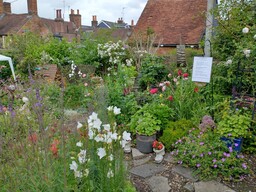 On the 3rd and 4th of July Anita and Gordon Campbell's garden was open to the public .  It was absolutely spectacular.
There were also some of Anita's poems dsiplayed.
​ So many thanks due to both Anita and Rita, who shares the garden with Anita and Gordon.
​The garden was visited by judges from Newbury and won joint prize for best garden 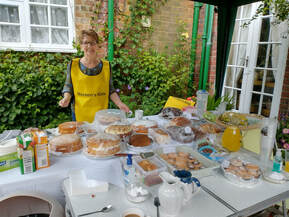 There were also teas and cakes available.
It was a lot of work but was a huge success and altogether  raised £1883 which is a magnificent contribution